Dormition of the Mother of God 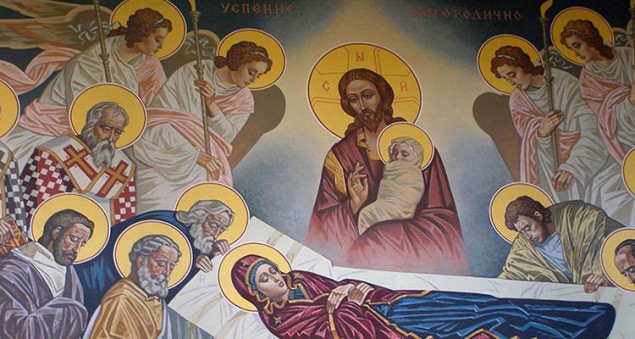 On this day, loaves of bread are sanctified, and corn, grain, watermelon and grapes are put on the table. The whole family gathers and a sacrifice is prepared – for life, health and fertility, and against illnesses and mishaps.

According to tradition, young newlywed girls should not touch anything red so as not to remain childless. The Virgin Mary is the patron of maternity and guardian of the family. People believe that she helps women conceive a child. On this day, young newlywed women bring gifts which they put in front the icon of the Virgin Mary.

People named Maria, Mariana, etc. as well as Bozhan, Bozhidar, Bogdan and Bogdana celebrate their name day on this date.